We are excited to announced that the executive and employee surveys have launched in all 27 countries. In the coming weeks, we’ll be tracking our progress and identifying preliminary findings as we collect responses, and we will present some of these key findings at SAPPHIRE NOW on June 3. After the surveys close, we’ll release an executive summary, think pieces, country fact sheets, and infographics—and we’ll share our analysis right here on the blog.

How do workplace benefits and opportunities vary from country to country? This new article from Fast Company uses data from the Organisation for Economic Cooperation and Development (OECD) to compare job opportunities, earning potential, and work/life balance in several countries.

Among the key findings is that money doesn’t always equal happiness. While America tops the household income and financial wealth list with an average household disposable income of $38,001 per year, they fall to the bottom of the list when it comes to happiness, health, and work/life balance—there, Denmark, Sweden, and Norway are in the lead.

We are looking into many of these topics in-depth in our surveys and will have preliminary results to share with you in the next few weeks. In the meantime, check out Debra D’Agostino’s post about our Workforce 2020 project on LinkedIn.

There was a lot of discussion about how technology is influencing HR priorities and outcomes. The former CIO of the CIA, Gus Hunt, said that access to security talent can be a limiting factor for companies migrating to the cloud. Kirsten Wolberg, VP of Technology at PayPal, said using a hot technology was a good way to attract top talent.

And employee expectations are changing as well. More and more, employees are asking why they can’t access and use certain apps at work that they can at home.

It sounded pretty familiar to us,  because our surveys address the ways technology is influenced and constrained by human factors. At the end of May, we will be able to identify some key gaps and suggest solutions to decision-makers looking to address these issues. Stay tuned. 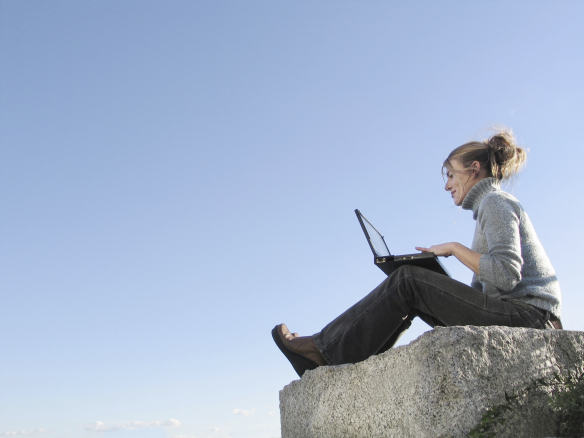 Gone are the days when 95 percent of the workforce went into the office and were full or part-time employees. People are working remotely around the globe, you have freelancers and contractors. You may have partners’ employees working next to your own employees. You can’t gather everyone around the water cooler, yet HR still needs to meet the needs of the business.

How are successful companies rethinking their approach to employee engagement and meeting the changing demands of their workforces?  In her article “Three Steps to Boost Employee Engagement,” Susan Galer writes about her discussions with three HR executives at the annual SAPInsider Human Resource (HR) 2014 Conference.

These industry experts told her that, to address changing employee engagement models and workstyles, companies need to:

You can read more in Galer’s article here.

The talent strategies of large, successful companies like Google, Facebook, and Netflix are in the news often these days—more and more, people are making the connection between HR strategy and business success. This widely-shared slideshow created by Netflix executives Reed Hastings and Patty McCord has become an influential document in the HR landscape.

The 127-slide presentation covers Netflix’s culture, values, and management strategies, many of which diverge from the norm—for example, the company ignores most benefits in favor of top-of-market compensation, and they support a culture of flexible self-improvement (i.e., through experience, observation, introspection) over formalized development (i.e., through mentor assignment,  set career paths).

This flexible approach to development works for the ideal Netflix employee—the “rare responsible person” who is “self-motivating, self-aware, self-disciplined, self-improving” and who “acts like a leader, doesn’t wait to be told what to do, and picks up trash lying on the floor.” Netflix believes this type of employee “[thrives] on freedom and [is] worthy of freedom,” and that ultimately, allowing more freedom will attract innovative thinkers and result in long-term company success.

You can learn more about Netflix’s HR strategy by reading the full slideshow.

We’re excited to announce that Debra D’Agostino, Vice President and Director of Thought Leadership at Oxford Economics, will present preliminary analysis of our Workforce 2020 surveys, which are now in the field, at SAPPHIRE NOW. The annual conference will be held in Orlando from June 3–5. To register for SAPPHIRE NOW, go to www.sapandasug.com.

While mobile and cloud technologies are enabling employees to work from anywhere, anytime, most of us still report to an office every day. Employees spend significant time in these spaces—and the way they are organized can impact the ways employees interact with one another, perceive hierarchy, and complete their work.

In his new book Cubed: A Secret History of the Workplace, Nikil Saval explores the history of the cubicle and its effect on worker mentality. Today, the cubicle is often associated with drudgery and oppression—an idea Saval thinks is largely overstated in popular culture.

Says Saval in an interview with Rebecca J. Rosen of The Atlantic:

The cubicle became a symbol of an oppressive workplace because the years that the cubicle rose to dominance were also years that the workplace, in many ways, became more oppressive. It really took off in the 1980s and 90s, when mergers and buyouts took over the headlines, and layoffs became commonplace (the original meaning of the word ‘layoff’ was just time off from work — not mass, somewhat indiscriminate firing). These were the years when the cubicle began to seem less like a space for exerting autonomy and independence, and more like a flimsy, fabric-wrapped symbol of workplace insecurity.

Many companies traded in cubicles for open-plan offices, but this may have been a misstep. Those who work in open-plan offices often are unsatisfied with the work environment, citing noise pollution, lack of privacy, and close quarters as common distractions. Moreover, the open-plan office doesn’t place all employees on even footing. “Hierarchies don’t disappear when you place everyone at a communal table or ‘superdesk,’” says Saval. “They persist in more subtle modes of workplace interaction.”

Of course, companies must consider more than just employee satisfaction when choosing an office layout—resources, available space, and fluctuating company size. Saval’s research raises big questions about the importance of office design: How valuable is a space tailored to a company’s unique needs? How much does office design influence employee productivity? Do the rewards of a better office plan (i.e., more satisfied employees) justify significant time and monetary investments in developing it?